Like all of you, our hearts are broken following the horrendous death of innocent children at an elementary school in Uvalde Texas, which follows two mass shootings last week at a supermarket in Buffalo and a church in Laguna Woods California. Thoughts and prayers are not enough. We need to act. Taking action is the only thing that will change what is happening. Here are some suggestions for appropriate actions you can consider taking.

Moms Demand Action for Gun Sense in America is a grassroots movement – with chapters in every state – that fights for public safety measures that can protect people from gun violence.

Contact Senator Menendez and Senator Booker to confirm Steve Dettelbach as the ATF Director.
Sample message:
As your constituent, I urge you to vote to confirm Steven Dettelbach as Director of the Bureau of Alcohol, Tobacco, Firearms and Explosives (ATF). The ATF has a critical role to play in enforcing laws that protect communities from gun violence and criminal activities, investigating acts of terrorism, and combating illegal gun trafficking, but the agency has not had a confirmed director since 2015. Steven Dettelbach is a former U.S. Attorney for Ohio who has held senior positions at the Department of Justice, and would be a qualified leader for this critical agency. I urge you to vote yes on his confirmation.

Check out and support these other organizations working on gun reform initiatives:

Editorial Note: This email originally was sent to the congregation on May 26, 2022. 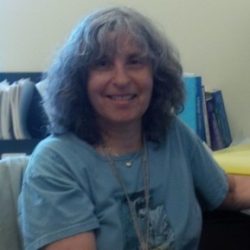 Sarita Eisenberg
Sarita co-chairs Shomrei's Social Action Committee and is a member of the Board of Trustees.She is also co-editor of ShomreiWeek (Shomrei's weekly newsletter) and the Kol Emunah Blog.She holds a Ph.D. in Language Science and is a professor in the Department of Communication Sciences & Disorders at Montclair State University. She lives in Montclair with her husband Lou Hammerman.