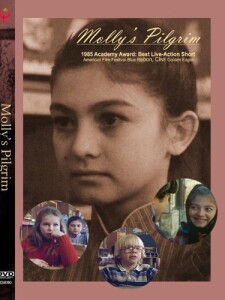 Looking for some meaningful words with which to start your Thanksgiving? Read Are there Jewish Prayers for Thanksgiving from Jewish Boston. 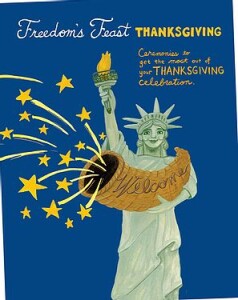 For larger gatherings, try Freedom’s Feast, filled with readings for the day. There are both long and short versions.

Another book of readings, a Thanksgiving Haggadah developed by JewBelong, provides options for a table ceremony especially meaningful this year.

Some years ago, Christopher Columbus was discredited as a hero because of his attitudes toward native peoples and the effects of colonization. Today Thanksgiving is having a similar re-evaluation. 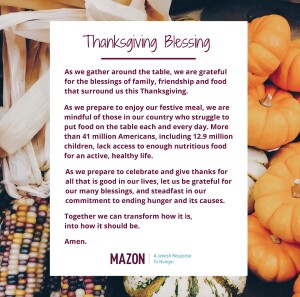 All those black Pilgrim hats made out of construction paper and the Thanksgiving pageants that many of us remember from our childhoods were the cultural offspring of an elaborate plan of nation building in the 19th into the 20th centuries as immigrants poured into the United States. Spearheaded by ladies’ magazines and well-meaning New England women, this effort romanticized the Pilgrim experience and, at the same time, co-opted the Virginia experience. 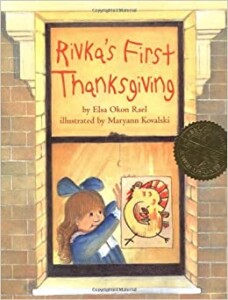 So let’s put all our differences aside and raise our glasses in thanks for whatever we are thankful for in this strange year. L’Chaim! 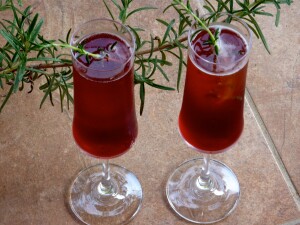