So many of us either grew up with Arthur the aardvark, his family and friends either in the books by Marc Brown or the long running television show. The series is finally ending its PBS run as the longest running children’s show EVER, according to Mira Fox of the Forward. Did you know that Francine, Arthur’s friend was Jewish? Read the article here. 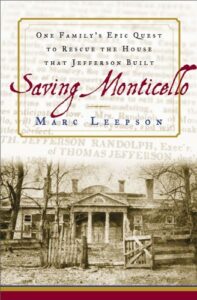 Did you know that a prominent Jewish family, saved Thomas Jefferson’s Monticello from ruin? In his later years, Jefferson was unable to keep up the mansion. In fact to raise some funds, he sold his library to Congress. The Levy family- Uriah P. Levy was particularly well known- bought the estate after Jefferson died in 1826. There was consideration controversy in some circles that a Jewish family owned this national treasure. Find information about the film and watch the trailer here. 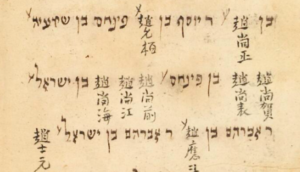 Shalom China. China has a long and storied Jewish history dating back to at least the eighth century. The Jews of Kaifeng, who disappeared through assimilation and intermarriage, are undergoing a resurgence with their descendants reclaiming their lost identities. There were also substantial communities, now lost, in Harbin and Shanghai. Many Austrian Jews also came to Shanghai seeking refuge from Nazi-occupied Europe, rescued by the Holocaust hero Feng Shan Ho, the “angel of Vienna.” Today, the Jewish population in China is approximately 2,500 people. Learn the fascinating history of Jews in China on Thursday, March 10 at 10 PM ET: https://sousamendesfoundation.org/event/shalom-china/ 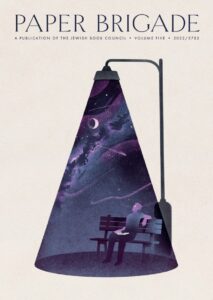 Paper Brigade is an annual literary magazine and anthology published by the Jewish Book Council. Erika Dreifus, reader, writer, and literary advocate ,called Shaare Emunah, a short story which appears in the latest issue, one of the most memorable pieces she’s read recently. Read it here.

With Purim coming soon this talk on Purim: a perfect example of assimilation is most timely. The presenter is Clive Lawton , CEO of the Commonwealth Jewish Council and scholar-in-residence at JW3, London’s flagship JCC (of which he was a founding trustee) and an 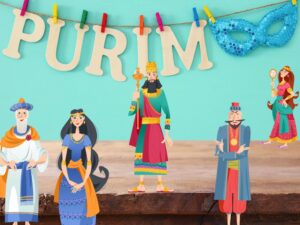 internationally active management and education consultant. He was co-founder of Limmud, the internationally renowned Jewish adult education movement and worked for it in senior roles from 1999 till 2016. He has been a High school principal, etc, Tuesday, March 15 at 1:00 p.m. Visit this site and scroll down: https://occsp.net/csp-online-events/ 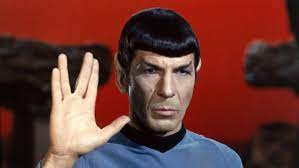 There was a lot more to Leonard Nimoy than pointy ears. His friend , author and biographer, Richard Michelson will be speaking at a CSP Zoom program on Wednesday, March 23 at 3:30. To attend Fascinating: How Judaism influenced Leonard Nimoy’s Life and Photography or any another CSP vents scroll down at: https://occsp.net/csp-online-events/

It’s Women’s History Month. Next time read about some new books featuring women sung and unsung from the past and present.