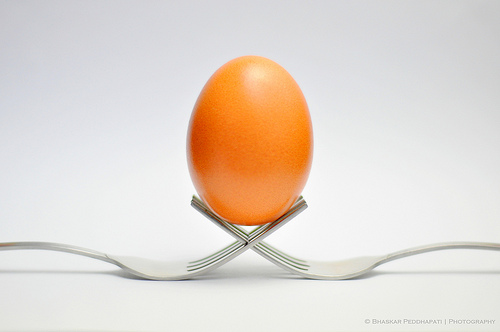 This parsha, Shemini, really hit me.

I’m an extremist in many ways. I ski too fast (ripped my medial cruciate ligament in my knee a few weeks ago to show for it). I am vegan, or about 98% or so. Like so many of us, I believe that if a little of something is good, more of it, or more intense, or to the max, is better.

But as one gets older, one realizes the fallacy and danger in this way of thinking. Skiing in control and being around and able to ski at 80 starts to look like a more prudent path. Eating an occasional non-almond-milk ice cream cone or an egg-white omelette might be ok, even enjoyable–neither food is likely to be a weapon of self-destruction.

So, bearing this in mind, onto a few verses in the parsha:

Pretty rough Torah going. This inexplicably harsh passage has kept the commentators commenting (Rabbi Greenstein wrote about it this past week as well). For context, here’s a little background offered by one of the numerous online parsha bloggers: I love the way some paraphrase the Torah!

“Things have been going well for the Hebrew tribes—nothing bad has really happened and everyone is excited to have the Tabernacle up and running. This week in Parsha Shemini, still on the high of the last few weeks, we move to the last day of sacrifices, with the sin of the Golden Calf far behind us. Moses and Aaron enter the Tabernacle and all is well, then Nadav and Avihu enter… and are instantly killed by a fire from God. Just like that, half of Aaron’s sons are wiped out for doing what we have been led to believe was their job. The text leaves us only one cryptic clue as to why this happened, telling us that they brought a “strange fire.’”

Rabbi Pinchas Winston of torah.org has this to say about this passage:

On a simple level, pshat, Nadav and Avihu made a tragic mistake. Swept up in the euphoria of God’s presence over the Tabernacle, they allowed their intense desire to come close to God override their obligation to act more conservatively, within prescribed boundaries. They misjudged the moment and overestimated their abilities to accomplish what they had set out to do.

However, Rabbi Winston notes, there is another level of interpretation: “Life, very often, is a matter of timing. The right action performed with even the right intention, but at the wrong time, can have a disastrous effect. Life is not just a matter of knowing what to do and how to do it, but knowing when to do it as well. Sometimes we can have a burning desire to do something, or to say something, but it is just not the moment.”

There are really two messages here, Rabbi Winston says. First, it is really important to know one’s ability and place, and not to exceed one’s limitations. This is not so easy to do, since we constantly struggle to find the balance between underachieving and overachieving. People tend to gravitate to one of two extremes, and finding balance is a life-long project.

Second, we should never lose sight of the spiritual and physical context within which we live or operate at any moment. We need to judge: “No, now is not the time,” or, “If not now, when?”

How does this relate to yoga? In yoga, we are told to consider two ideas: One is “ahimsa” and the other is the idea of working to our edge. Ahimsa is a yama, a yogic halacha, so to speak, and ahimsa cautions us to do no harm to ourselves or others; we need to know our limits.

We also speak in yoga practice about going to our edge: pushing ourselves beyond what we think we can do, but not beyond what we really are able to or should do. Overlay the parsha’s message on these two precepts, and our challenge this morning (and in life) is this: Maybe we work to our edge, but we also have to be aware of the circumstances of the moment. How are we feeling today? What’s our mood? Do we have any injuries we should be aware of? In yoga or at the gym, sometimes we try to push ourselves too much, leaving us open to physical harm, and sometimes we think we’re really working out, but, let’s be honest, we’re not–we’re just hanging out. Outside of yoga, in our lives, how often do we take on more responsibilities than we have the time, energy and sometimes even skill to do? Or, do we let that responsibility fall too much on others?

So, as we go through our postures we’ll try to work to our edge, not just hang out, but we’ll also be aware of what we know is good or not good for us, at this moment. We’ll find the right balance in how we practice our yoga, and hopefully, in our lives.

Ending thought: Nadav and Avihu are not fun parts of the Torah, so I thought I’d end with a brief thought that’s a little more whimsical than usual.

“Life is intrinsically, well, boring and dangerous at the same time. At any given moment the floor may open up. Of course, it almost never does; that’s what makes it so boring.” ~Edward Gorey

And: “Everything in moderation, including moderation.” ~Buddhist Wisdom

Elisa Spungen Bildner is a long-time Shomrei Congregant. She leads the "Yoga for the Jewish Sprit" Shabbat Yoga Practice at the shul.Elisa has been practicing yoga for over 20 years. She received her first certification (RYT, 300 hours) from Claire Diab at the American Yoga Academy, West Orange, New Jersey in 2008 and a second certification in 2009 (RYT 200 hours) from the late Jyoti Crystal at Starseed in Montclair. In 2012, Elisa received a certification in "Yoga and Jewish Spirituality" from Rabbi Myriam Klotz and Diane Bloomfield through the Institute for Jewish Spirituality. Elisa teaches yoga at Cranwell Resort in Lenox, MA and has taught workshops on Yoga for Cyclists and Yoga for Weekend Warriors.